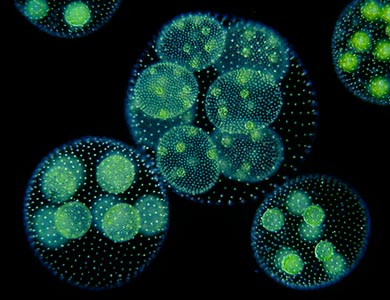 The E. coli outbreak in Germany is a new form of the bacterium, researchers and public health experts believe.

It can cause the deadly complication - haemolytic-uraemic syndrome (HUS) - affecting the blood and kidneys.

Seven people in the UK have the infection, including three British nationals. They are all thought to have contracted it in Germany.

The World Health Organization said the variant had "never been seen in an outbreak situation before."

Scientists at the Beijing Genomics Institute in China are also reported as saying the new form was "highly infectious and toxic".

Q&A: E. coli outbreak
The Health Protection Agency said it was likely to be a new variant of the rare strain O104 - possibly with a newly acquired ability to infect large numbers of people.

In a statement it said: "While there is a lot more that we need to learn about this bacterium, the evidence that is already available tells us that the German authorities have been dealing with something new."

Professor Gad Frankel, from Imperial College London, the Sanger Institute and the Medical Research Council, said: "This is a new combination and a deadly combination.

"It has a gene which produces a toxin and another which helps the bacterium colonise the gut more efficiently, which effectively means even more toxin is produced.

"Research we published last year showed this same factor mediates attachment to the human gut and the surface of salad leaves."

Compensation
The outbreak remains centred on Germany, where there have been 1,064 cases of bloody diarrhoea and 470 cases of the potentially deadly complication in the blood and kidneys.

The source of the infection, originally blamed on Spanish cucumbers, is unclear.

The head of the Robert Koch Institute, which monitors the infection in Germany, said the outbreak could last for months and that "we may never know" the original source.

Fresh vegetables from the European Union have been banned in Russia and the country's chief medical officer said such produce will be seized.

Meanwhile Spain is threatening to seek compensation from the EU for lost vegetables sales.

UK cases
Three British nationals in the UK have been infected with E. coli linked to the outbreak in Germany, according to the Health Protection Agency.

It brings the total number of cases in the UK to seven. The other four are from Germany.

It is believed that all patients caught the infection in Germany and brought it back to the UK.

Three of them have developed the potentially deadly complication of HUS.

The HPA continues to advise that people travelling to Germany should not eat raw cucumber, lettuce or tomatoes and that they should seek medical advice if they have bloody diarrhoea.

It said one of the strange things about the outbreak was the number of cases of haemolytic uraemic syndrome. It is a very severe kidney complication which destroys red blood cells and can also affect the central nervous system.

Dr Dilys Morgan, from the Health Protection Agency, said: "It's very unusual for adults to have HUS anyway.


Dr Dilys Morgan from the Health Protection Agency says the E. coli outbreak is 'alarming'
"It mainly affects young children and older adults, but what we've seen is predominantly young females getting this condition.

"It's a very rare organism that's causing this and it's thought it has particular properties where the toxin it produces is particularly virulent and therefore is affecting this population more than we would normally expect."

Professor Hugh Pennington, a microbiologist from the University of Aberdeen, said: "This outbreak is unusual in that it doesn't seem to be targeting young children.

"Children under five have had a very hard time with this kind of bug in the past, they seem to be escaping it, maybe just due to the nature of the food that's causing the problem."

Have you or your family been affected by the E. coli outbreak? Are you happy to talk to the BBC about your experiences? If so please send us your details using the form below.