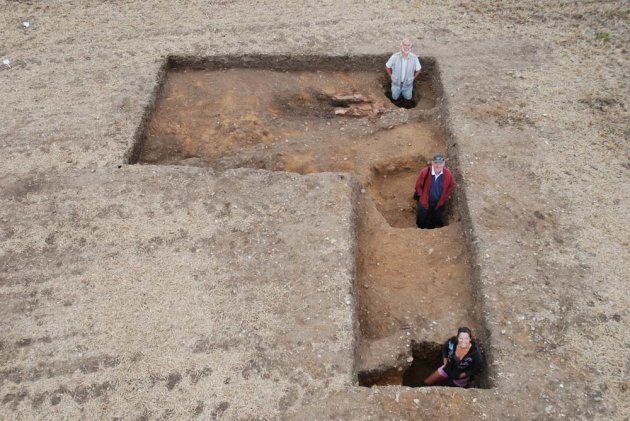 A recently discovered mysterious "winged" structure in England, which in the Roman period may have been used as a temple, presents a puzzle for archaeologists, who say the building has no known parallels.
Built around 1,800 years ago, the structure was discovered in Norfolk, in eastern England, just to the south of the ancient town of Venta Icenorum. The structure has two wings radiating out from a rectangular room that in turn leads to a central room.
"Generally speaking, [during] the Roman Empire people built within a fixed repertoire of architectural forms," said William Bowden, a professor at the University of Nottingham, who reported the find in the most recent edition of the Journal of Roman Archaeology. The investigation was carried out in conjunction with the Norfolk Archaeological and Historical Research Group.
The winged shape of the building appears to be unique in the Roman Empire, with no other example known. "It's very unusual to find a building like this where you have no known parallels for it," Bowden told LiveScience. "What they were trying to achieve by using this design is really very difficult to say."
The building appears to have been part of a complex that includes a villa to the north and at least two other structures to the northeast and northwest. An aerial photograph suggests the existence of an oval or polygonal building with an apse located to the east. 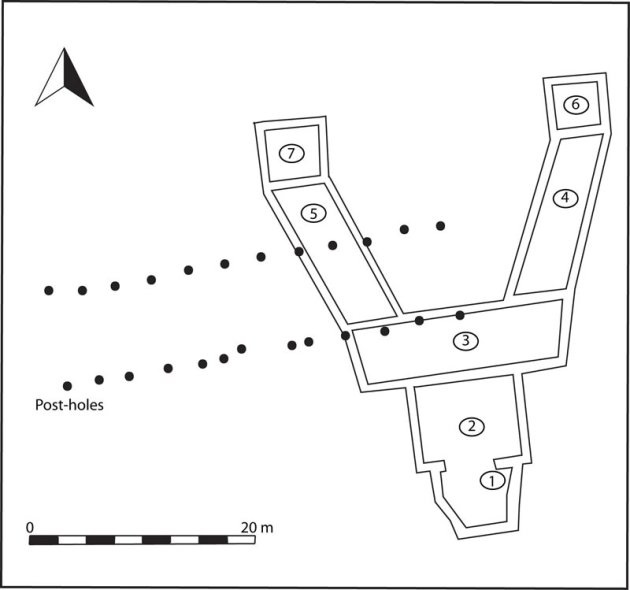