A stunning artistic compilation shows the estimated 100 billion planets that fill the Milky Way.
Because of the technological capabilities of today’s artists, the viewer is able to see the rotations upon which the various planets orbit, as well as their host star.
Such detailing is not available in a true photograph, and NASA released this enhanced picture to give a sense of the density of the 100 billion planets in hopes of giving some context to an understanding of the Milky Way. 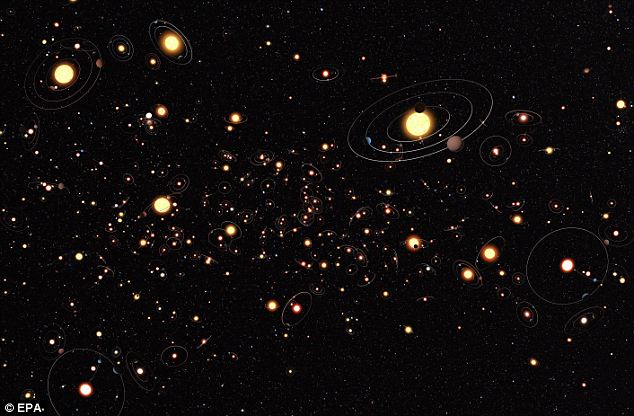 This work, which magnifies the distances between the planets so that they are each individually seen and not simply overlapping one another, is based off scientific data cumulated over the past six years.
The research was a product of the Probing Lensing Anomalies NETwork (PLANET), and one of their most significant findings was that there are a more planets in outer space that are similar in size to that of Earth as opposed to the larger-sized Jupiter.
The artistic rendition comes just one month after a precise photo was taken of the Milky Way, the preparation work for which took 10 years.

It was produced by scientists who combined infra-red light images from two telescopes in the northern and southern hemispheres.
Astronomers from the UK and Chile gathered the data which was then processed and archived by teams at the universities of Edinburgh and Cambridge.
They have now made the photo available to studies around the world and hope it will change the way scientists carry out future research. 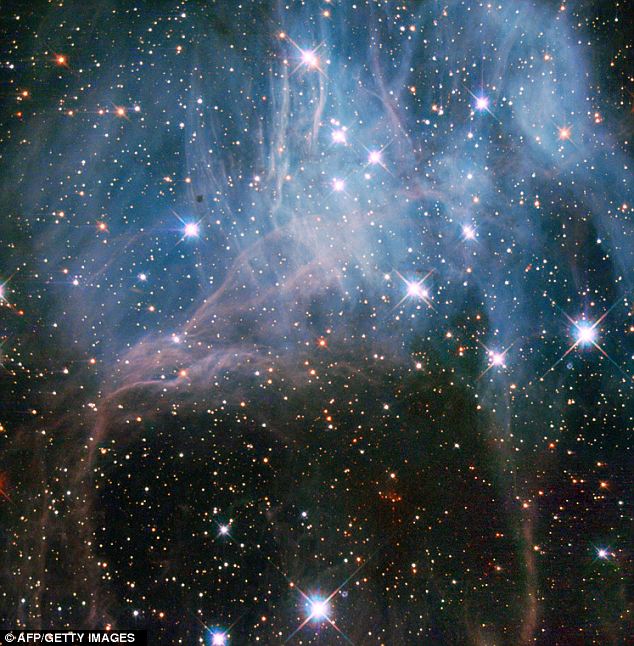 Dr Nick Cross, of the University of Edinburgh's school of physics and astronomy, said: 'This incredible image gives us a new perspective of our galaxy and illustrates the far-reaching discoveries we can make from large sky surveys.
'Having data processed, archived and published by dedicated teams leaves other scientists free to concentrate on using the data and is a very cost-effective way to do astronomy.'
Dr Cross said the archived information on the billions of stars, known as the Vista Data Flow System, will allow scientists to carry out research in future without needing to generate further data.
As well as being published online the image is being presented at the National Astronomy Meeting in Manchester today and shows the plane of the Milky Way galaxy from Earth's perspective.
Astronomers used infra-red radiation instead of visible light to enable them to see through much of the dust in the Milky Way and record details of the center of the galaxy.