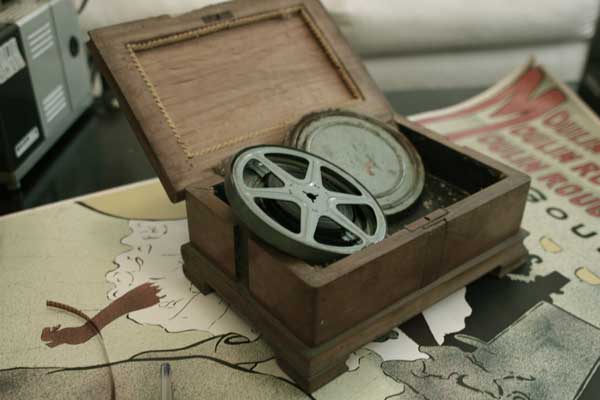 My name is Chad. I'm a student at a university in New York.
I just moved to a studio apartment and needed some furniture.
I found a guy on Craigslist that wanted to desperately get
rid of his things at super cheap prices so I went to check it out.
He sold things in bulk to get rid of as much things as possible.
I bought a small table and it came with a bunch of other random things.
Some of it I gave away and some I kept.

An old wooden box caught my attention. It was locked and out
of curiosity, I kept it. I had to force open the lid with a screw-driver
and inside I found some old pictures. The word 'bitterroot'
was handwritten on the backs of all of them. There was also a tin can that
contained a reel of film that I later learned from my
friend Dario (a film student), was 8mm film.

The film was pretty damaged so I just kept it on my bookshelf
as decoration, but I couldn't get the images of the pictures out of my head.
I had to figure out a way to watch that film.

With help from Dario, we got an old 8mm projector in good
working condition on Ebay. The film skipped in several spots so
we put it together with a special tape and then watched it again.
What we found was disturbing. 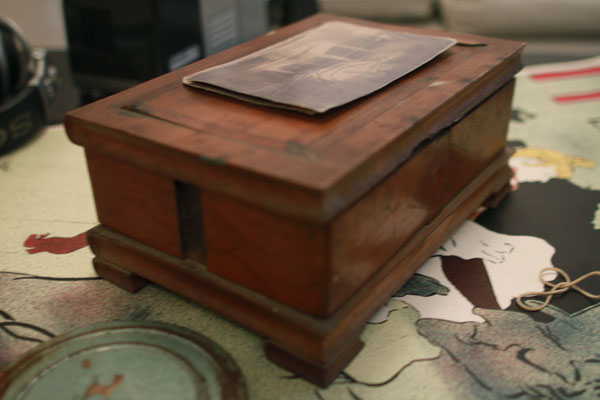 Open Box with film can and photos 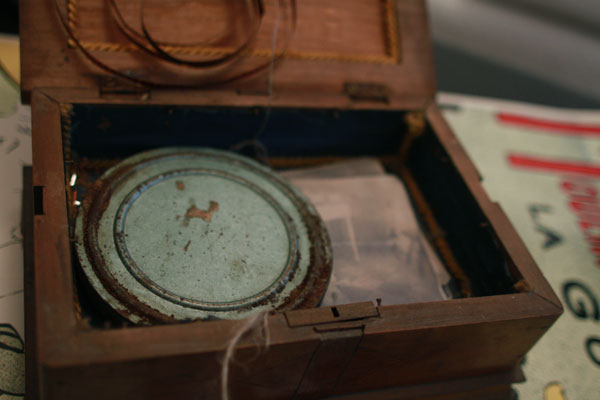 One of the photos 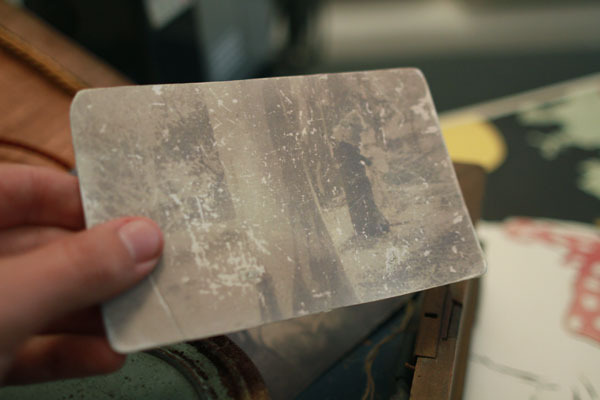 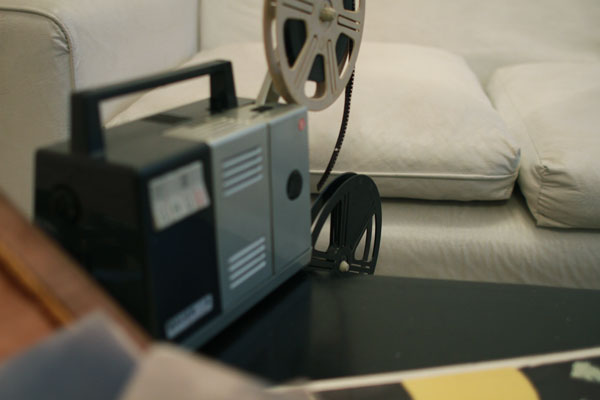 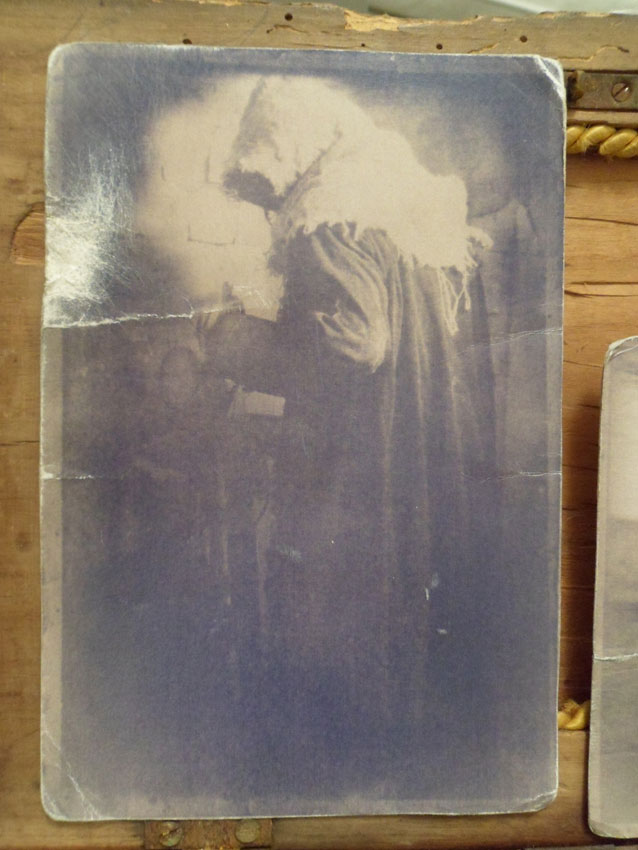 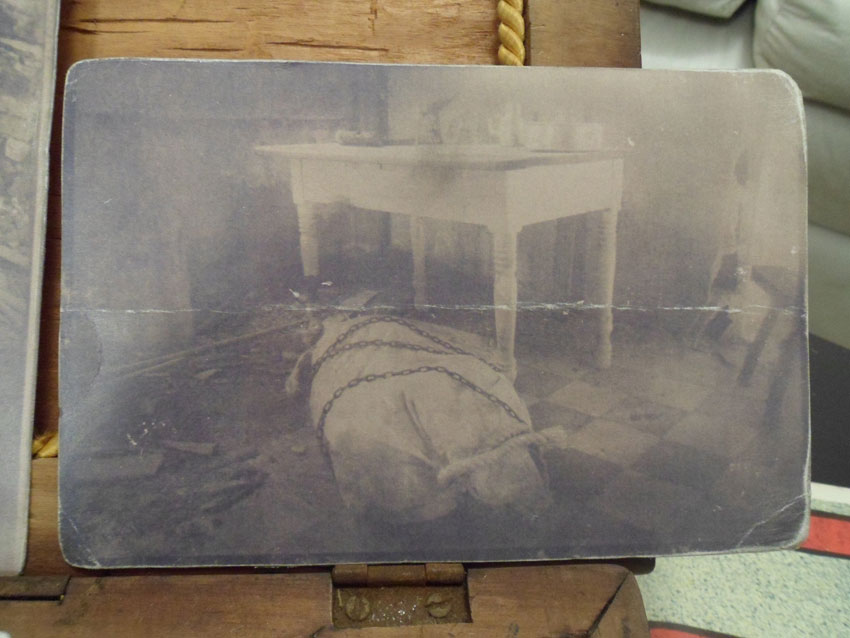 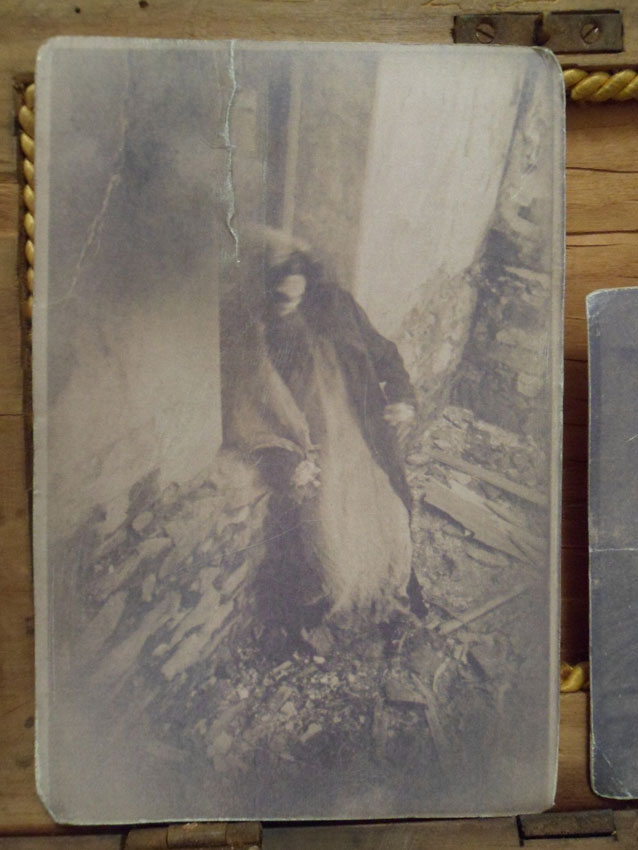