The Evil Powers Of Fallen Angels

The Evil Powers Of Fallen Angels 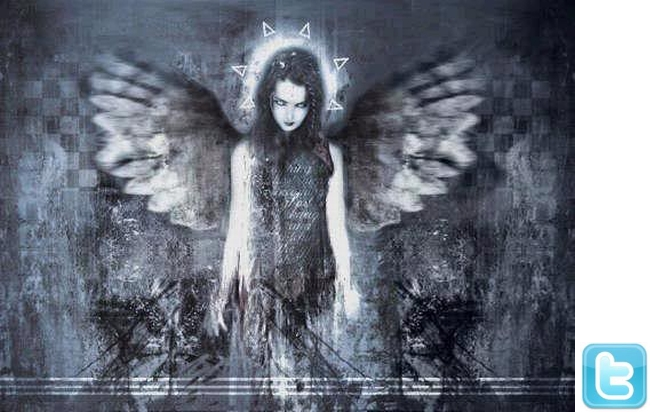 THERE ARE THOUSANDS OF GODDESSES IN OUR WORLD AND EACH REPRESENTS A FALLEN ANGEL. Paul and Silas were placed in stocks and bonds and thrown into a filthy jail for casting out a fallen angel (a demon) that possessed a damsel in Philippi. “And it came to pass, as we went to prayer, a certain damsel possessed with a spirit of divination met us, which brought her masters much gain by soothsaying: The same followed Paul and us, and cried, saying, These men are the servants of the most high God, which shew unto us the way of salvation. And this did she many days. But Paul, being grieved, turned and said to the spirit, I command thee in the name of Jesus Christ to come out of her. And he came out the same hour.” (Acts 16:16-18) Fallen angels hate everything that is Godlike, consequently they love appearing as females. There is a multitude of females, witches posing as fortune tellers. They are clearly possessed of fallen, demon spirits.

FALLEN ANGELS DELIGHT IN PRESENTINGS THEMSELVES AS GODDESSES. These debauched spirits are the dedicated promoters of the jezebel spirit so dominant in our churches and in the present world. In the past history of mankind, women were the keepers of pure morals and fidelity in the homes. The liberalism of our culture has lead women into the sad state against Biblical morals and standards that once made America the greatest moral force in the world. Men in the past were the aggressors in sexual sins, now women are as bad and sometimes worse.

THE BIBLE GIVES US A CLEAR PICTURE OF THREE FALLEN ANGELS APPEARING IN THE END TIME SCHEME TO REBUILD BABYLON. THEY ARE CALLED WICKEDNESS AND THEIR ACTIVITTIES ARE CLEARLY AS FEMALE ANGELS. This is certainly a strong Biblical proof that fallen angels can take the form of a women. “And, behold, there was lifted up a talent of lead: and this is a woman that sitteth in the midst of the ephah. And he said, This is wickedness. And he cast it into the midst of the ephah; and he cast the weight of lead upon the mouth thereof. Then lifted I up mine eyes, and looked, and, behold, there came out two women, and the wind was in their wings; for they had wings like the wings of a stork: and they lifted up the ephah between the earth and the heaven.” (Zechariah 5:7-9) God infallilble Word always makes His truth clear for us

Goddesses are clearly fallen angels possessed with the desire to be gods.Here is a list of some of the most well known manifestations and the characteristics of their deception. Male gods are much less frequent on the world scene because of the very character of evil. Destroying the masculinity of the heavenly Father is the bent of the devil. Look at these evil goddesses and the lies that decribe their character.

*Aphrodite (Greek) – The beautiful Goddess of love and fertility. No man could resist Aphrodite when she wore her magic girdle. Her name means foam born or risen from foam, as she was birthed from the churning sea.
*Athena (Greek) – Goddess of war and wisdom and domestic crafts. Plato believed her name meant “mind of God,” whilst others suggest it comes from an ancient word meaning “sharp.” Both these words point to Athena’s great intellectual ability to see the true nature of a situation and to develop successful strategies.
*Diana (Roman) – Goddess of the hunt and wild animals. She later took over from Luna as the Roman Goddess of the moon, responsible for fertility and childbirth. Her name means “heavenly divine,” reflecting her celestial role.
*Eos (Greek) – A sunny natured Goddess whose name means dawn.
*Hathor (Egyptian) – This heavenly cow’s areas of influence included music, dancing, joy, and fertility. Her name translates as “house of Horus.” Alternative names for this Goddess are Het-Hert, Hetheru, Mehturt, Mehurt, Mehet-Weret, and Mehet-uret.
*Hella (Nordic) – The fearsome Goddess of the Nordic realm of the dead. Her name is derived from the word kel, meaning “to conceal.” There are numerous spellings of her name including Halje Hell, Hel, Helle, Hela and Holle.
*Inanna (Sumerian) – Goddess of love, war, and fertility. Inanna was the personification of the morning and evening star. Her beautiful name means “lady of the sky.” This Goddess is closely linked to Ishtar and Nin-anna.
*Iris (Greek) – Goddess of the rainbow and messenger to the Gods. Her name means rainbow in her native language.
*Isis (Egyptian) – Goddess of truth and balance. She prevented the creation from reverting to chaos and judged the deeds of the dead with her feather. This Goddess name stems from the word Mayet, meaning “straight.” This reflects her unbending nature in upholding what is right and just.
*Juno (Roman) – Goddess of marriage, pregnancy, and childbirth. She protected the finances of the citizens of Rome. Her name is Mystery, it speaks of a contradictory role for this Goddess, before her alignment to the matronly, Greek Goddess, Hera. This is because her name is derived from the root yeu, meaning “vital force” indicating a more youthful, maiden Goddess.

Diana in the Bible was an excellent example of this nature of evil. The words of the followers of this false goddess shows their hatred for truth.“And when they heard these sayings, they were full of wrath, and cried out, saying, Great is Diana of the Ephesians.” (Acts 19:28) Then we see the hatred for Paul because he was a Jew. “But when they knew that he was a Jew, all with one voice about the space of two hours cried out, “Great is Diana of the Ephesians.” (Acts 19:34) These kinds of activities are spreading over the world and destroying the morals of a multitude.

The Catholic deception concerning the Virgin Mary is further proof of the passion of fallen angels to promote female confusion. This Godly mother was a champion of the faith and pure beyond question. Any promotion of her appearing all over the world is not one thing but demons. It’s utterly deceptive to reduce her excellent life to a paranormal phenomena. Superstition is the end result. Her name has become an icon for the world of witches. The adoration of female pictures and figurines presented as angels reduces the people to religious activities empty of truth and transformation to Holiness.

Every Scripture in the Bible of angels proves beyond question that angels are masculine. Cornelius saw the angel that appeared and described him.“And when he looked on him, he was afraid, and said, What is it, Lord? And he said unto him, Thy prayers and thine alms are come up for a memorial before God.” (Acts 10: 34) Peter was delivered by an angel from Herod’s jail house. “And, behold, the angel of the Lord came upon him, and a light shined in the prison: and he smote Peter on the side, and raised him up, saying, Arise up quickly. And his chains fell off from his hands. And the angel said unto him, Gird thyself, and bind on thy sandals. And so he did. And he saith unto him, Cast thy garment about thee, and follow me. And he went out, and followed him; and wist not that it was true which was done by the angel; but thought he saw a vision.” (Acts 12:7-9)

The city of Sodom was filled with homosexuals when angels came to visit Lot and see the horrible decay. The Bible left no doubt about the gender of this Angel of the Lord. “But before they lay down, the men of the city, even the men of Sodom, compassed the house round, both old and young, all the people from every quarter: And they called unto Lot, and said unto him, Where are the men which came in to thee this night? bring them out unto us, that we may know them. And Lot went out at the door unto them, and shut the door after him…” (Genesis 19: 4-

Angels are holy, powerful, and masculine. It’s the devil’s delight to try to reduce God and any one of His heavenly creatures to a form of effeminate weakness. It isn’t possible but try they will. The whole homosexual world is a picture of the opposite of God and His Holy world. Judgment is very near and the redeemed world will be absolutely holy.