Cans of Fresh Air Go on Sale In China

Cans of Fresh Air Go on Sale In China

Beijing: A Chinese entrepreneur is selling fresh air in soft drinks cans, similar to bottled drinking water, as north China is once again choking in toxic smog.
The concentration of airborne PM 2.5 particulates — the smallest and most deadly — went off the chart in the early hours of this morning for the second time this month, according to pollution gauge at the American Embassy in Beijing.
The Air Quality Index, designed by the US Environmental Protection Agency, cannot cope with levels beyond 500, which is 20 times the World Health Organisation air quality standard. 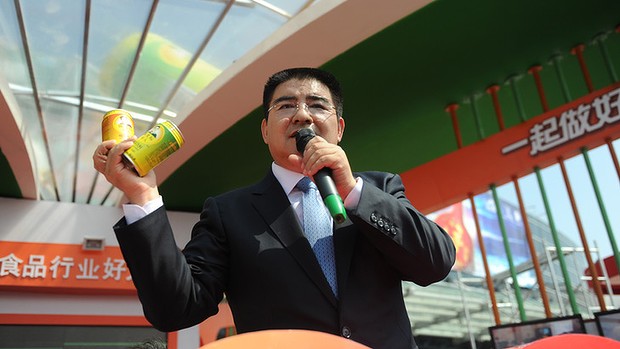 The embassy gauge had been hovering in the merely "hazardous" 300-500 range since Friday.

Chen Guangbiao, whose wealth is valued at $740 million according to the Hurun Report, sells his cans of air for five yuan each.
It comes with atmospheric flavours including pristine Tibet, post-industrial Taiwan and revolutionary Yan'an, the Communist Party's 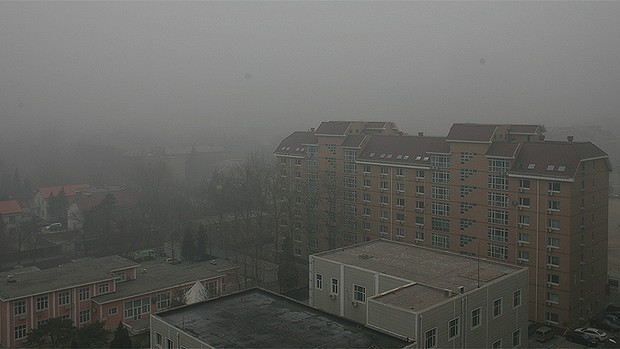 Choked ... The view from Fairfax's Chinese headquarters at 12.30pm AEST on January 29. Photo: Sanghee Liu
early base area.
Mr Chen told Fairfax Media he wanted to make a point that China's air was turning so bad that the idea of bottled fresh air is no longer fanciful.
"If we don't start caring for the environment then after 20 or 30 years our children and grandchildren might be wearing gas masks and carry oxygen tanks," said Mr Chen.

Earlier this month the concentration of airborne PM 2.5 particulates in Beijing and other cities reached the highest levels since measurements began, which comparable to those recorded during the infamous 'London Fog'.
The event dominated even state-controlled news outlets, hospitals reported a sharp rise in respiratory-related admissions and political leaders took emergency pollution-reduction measures and vowed to tackle the underlying problems.
Since then the Beijing skyline has remained mostly bleak, with readings consistently visibility dropping as low as 200 metres several times in the past few days. 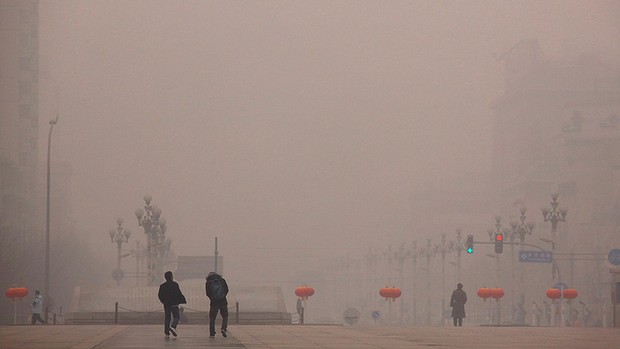 NASA satellite photos show a thick grey haze has rendered the densely populated plains of North China invisible from outer space.
Mr Chen is known for his charitable and nationalistic publicity stunts, including showering earthquake victims with 100 yuan bills and taking out a full page add in the New York Times that equated Japan's territorial claim to the Senkaku Islands (known as Diaoyu in China) with Japan claiming Hawaii.
In the past fortnight he has videoed a car driving over him; demolished a Mercedes Benz and given away 5000 bicycles to push the message that people should ride their bikes not drive.

Mr Chen told Fairfax Media he wasn't fazed by the often-cynical reactions of China's netizens, who accuse him of using charity stunts to raise the profile of his business.
"People say I am high profile or love to stage a show, but I don't think those who seek 'stability' and a low profile can do much for social progress," said Mr Chen.
"I am confident about what I do and I dare to put it under sunlight," he said.
Mr Chen said many of China's entrepreneurs were "sacrificing their descendants" for the sake of short term profits.
Although the world did not end on December 21, the last day of the Mayan calendar, he said the evidence suggests Doomsday may not be far off.
"I've worked in environmental protection industry for a decade ... and I bear witness to the fact that pollution is getting worse and worse," said Mr Chen.
"More disasters are taking place every year," he said. "2012 did not bring the end of the world but if human beings keep consuming resources, keep polluting the environment, I think Doomsday will arrive."
As the smog worsens, Chinese customers have begun snapping up air masks at retail shops.
Chris Buckley, proprietor of Torana Clean Air Centre, said there had been a particularly dramatic increase in the flow of local Chinese customers through his stores, rather than just expatriates, reflecting more open coverage in China's tightly controlled media as well as the severity of the pollution.
"We used to be told in days gone by that 'it's mist and fog' but I think the game is up now," said Mr Buckley, who sells air purifying machines and pollution masks.
His customers have been placed on long waiting lists as manufacturers have been unable to keep pace with demand.
"We’ve sold sold thousands of masks in the last three weeks but we could have sold twice as many if we could get the stock," he said.
The Beijing Mayor vowed to take new tough measures to reduce coal consumption, scrap old cars, restrict construction dust and improve energy intensity, according to this morning's People's Daily.