NASA Spray Lithium Into The Air From Rockets Launched On July 4th, 2013

NASA Spray Lithium Into The Air From Rockets Launched On July 4th, 2013 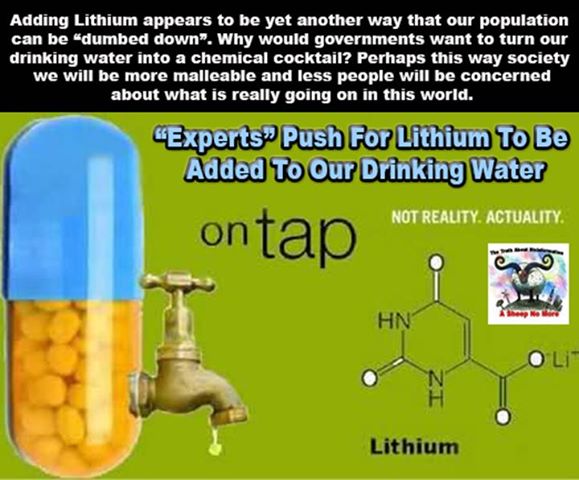 Why in the world did NASA spray the chemical ‘lithium’ into the air from rockets launched on the 4th of July? NASA launched two rockets on July 4th from Wallops in Virginia as shared in the 2nd video below from Mary Greeley. First though, you’ve got to check out the 1st video from  NOSERPICOINUTAH. You can clearly hear the NASA techs stating that the ‘chemical’ has been released. What chemical? Lithium. What DO we know about lithium? Kurt Cobain and Nirvana know it well. For those who don’t, here’s a quick rundown, you’re gonna love this. The answer’s quite clear to me. From Activist Post:
“Much like fluoride, lithium alters the brain’s normal production of serotonin and norepinephrine, which in turn artificially alters the way an individual thinks and how he or she feels about a given situation. Lithium is literally a mind-altering, antidepressant chemical substance that those promoting it openly admit modifies brain function. And yet they purport that forcibly inducing these chemical changes on the unwitting populations of the world is a good and acceptable idea.
So what are “experts” saying?

“Lithium has been heralded by some experts as the next potential flouride, after scientists found suicide rates were lower in areas where the drinking water had higher concentrations of the element, reports the Daily Mail”
Adding Lithium appears to be yet another way that our population can be “dumbed down”. Why would governments want to turn our drinking water into a chemical cocktail? Perhaps this way society we will be more malleable and less people will be concerned about what is really going on in this world.