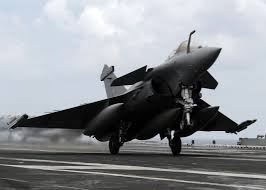 French warplanes struck against Libya on Saturday, after leaders from the Arab world, Africa, the United States and other western powers approved action to protect civilians under threat from the Gaddafi regime.

Earlier Nicolas Sarkozy said aircraft were over Libya preventing attacks on Benghazi after the leaders met in Paris to discuss a military response to the civil war in Libya.

He said the aim of intervention was not regime change but to “allow the Libyan people to choose their own destiny”.

“We are determined to take all necessary action, including military consistent with UN Security Council resolution 1973 to ensure compliance with all its requirements, ” Mr Sarkozy said.

“We are protecting the population from the murderous madness of the regime.”

Col Gaddafi still had a chance to ”avoid the worst” by “conforming without delay to the demands of the international community,” Mr Sarkozy said.