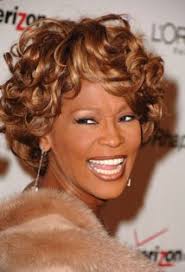 Singer Whitney Houston has died at the age of 48, her publicist Kristen Foster has said.

The cause and location of the Grammy award-winning star's death are currently unclear.
At her peak in the 1980s and '90s, Houston was the golden girl of the music industry and one of the world's best-selling artists.
Her success carried her beyond music and she starred in movies, including, most famously, The Bodyguard with Kevin Costner.
But in recent times she has struggled with drug addiction and financial problems.
The star was pictured looking dishevelled and worse for wear on Friday night as she attended a pre-Grammy party in Hollywood.
More to follow...

The singer has been battling with drugs over the past years but was it the cocaine addiction that lead to her death. Our pictures show how the singer was effected in recent times by the addiction