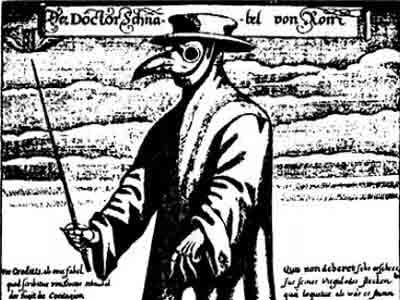 In the past 200 years, the world population has exploded–just as Malthus predicted. What Malthus did not foresee was the discovery of oil and other natural resources, which have (temporarily) supported this population explosion. Those resources are now getting used up… 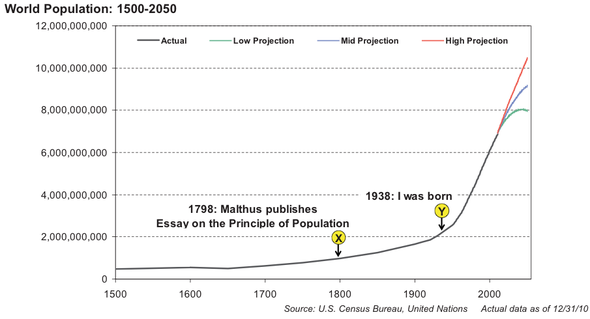 For the past 100 years, the prices of commodities have trended downward, as technology has made them cheaper to extract and produce. Grantham thinks that trend has now permanently ended. 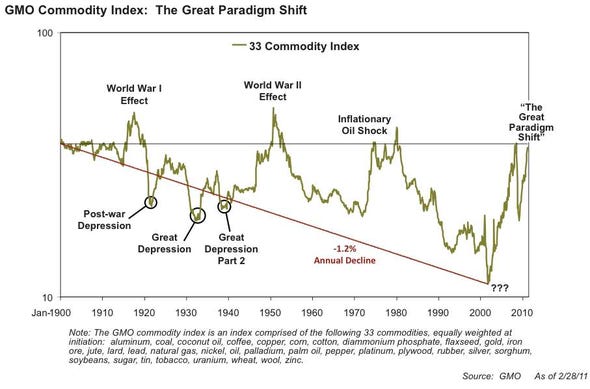 Looking at oil, for example… Oil traded at about $16 a barrel for 100 years. Then, as demand outstripped supply, the paradigm shifted–to ~$35 a barrel. Now, Grantham thinks, the paradigm has shifted again, to a central value of about ~$75 a barrel

Why is the paradigm shifting? Because demand is now growing far faster than supply. The world’s oil production has barely increased since the 1970s, while oil usage has exploded.

We began consuming more oil each year than was discovered. That disparity is only going to increase.

The world is using up its natural resources at an alarming rate, and this has caused a permanent shift in their value. We all need to adjust our behavior to this new environment. It would help if we did it quickly.
Summary
 Until about 1800, our species had no safety margin and lived, like other animals, up to the limit of the food supply, ebbing and flowing in population.
 From about 1800 on the use of hydrocarbons allowed for an explosion in energy use, in food supply, and, through the creation of surpluses, a dramatic increase in wealth and scientific progress.
 Since 1800, the population has surged from 800 million to 7 billion, on its way to an estimated 8 billion, at minimum.
 The rise in population, the ten-fold increase in wealth in developed countries, and the current explosive growth in developing countries have eaten rapidly into our finite resources of hydrocarbons and metals, fertilizer, available land, and water.
 Now, despite a massive increase in fertilizer use, the growth in crop yields per acre has declined from 3.5% in the 1960s to 1.2% today. There is little productive new land to bring on and, as people get richer, they eat more grain-intensive meat. Because the population continues to grow at over 1%, there is little safety margin.
 The problems of compounding growth in the face of finite resources are not easily understood by optimistic, short-term-oriented, and relatively innumerate humans (especially the political variety).
 The fact is that no compound growth is sustainable. If we maintain our desperate focus on growth, we will run out of everything and crash. We must substitute qualitative growth for quantitative growth.
 But Mrs. Market is helping, and right now she is sending us the Mother of all price signals. The prices of all important commodities except oil declined for 100 years until 2002, by an average of 70%. From 2002 until now, this entire decline was erased by a bigger price surge than occurred during World War II.
 Statistically, most commodities are now so far away from their former downward trend that it makes it very probable that the old trend has changed – that there is in fact a Paradigm Shift – perhaps the most important economic event since the Industrial Revolution.
 Climate change is associated with weather instability, but the last year was exceptionally bad. Near term it will surely get less bad.
 Excellent long-term investment opportunities in resources and resource efficiency are compromised by the high chance of an improvement in weather next year and by the possibility that China may stumble.
 From now on, price pressure and shortages of resources will be a permanent feature of our lives. This will increasingly slow down the growth rate of the developed and developing world and put a severe burden on poor countries.
 We all need to develop serious resource plans, particularly energy policies. There is little time to waste.